In Malaysia, there are vast opportunities to establish a business due to its robust economy and government initiatives to promote entrepreneurship, competition and innovation in the workforce. Labuan offshore company incorporation is one of the most attractive company setups for locals and foreigners for various reasons which will be discussed in this article.

The common business entity which foreign investors aim for when they plan to venture in Malaysia market is Private Limited Company (Sdn. Bhd.), where it can be solely owned by a foreigner as long as they have legitimate local residential address.

However, if an entrepreneur aims to focus on:

If the Labuan offshore Company meets a certain condition which includes substance requirements, it will be taxable at a preferential rate. Such companies may have these structures within:

Here are some other pointers to note when establishing a Labuan offshore Company:

NOTE: Business transactions of Labuan offshore Company must be made in foreign currencies. Malaysian Ringgit (MYR) is only permissible for the purpose of defraying administrative and statutory expenses as well as receiving fees and commissions.

Labuan offshore Companies may own controlling stakes in a Malaysian domestic company and are also allowed to undertake shipping operations with non-residents.

Ranked as the 12th easiest and friendliest place to do business, Malaysia turns out to be a lucrative business investment option. Comparing to other countries who offers offshore incorporation such as Hong Kong and the Marshall Islands, Labuan has become reputable amongst the few offshore financial hub in Asia, automatically attracts investors all around the world.

What benefits does incorporate a Labuan Offshore Company compared to a Private Limited Company (Sdn. Bhd.)?

Here are some of the reasons:

Similar to a Private Limited Company (Sdn. Bhd.) under Company Act 2016, a Labuan offshore Company also does not need a local nominee director in order for the Company to be incorporated.

The aim was to attract foreign investors to invest within the Malaysia market, hence the government has eased the registration requirement and make it an entirely foreign owned with a minimum presence of one director and one shareholder.

The Labuan offshore Company setup cost is considered reasonable compared to other offshore jurisdictions. This automatically encourages the foreign investors to kickstart their business here with ease.

It is common knowledge that the corporate tax for Private Limited Company (Sdn. Bhd.) is between 17% to 24%. However, for a Labuan offshore Company, the tax is much lower which is at 3%. This tax rate is able to assist business entrepreneurs to get help over the high corporate tax instalment.

There are also several tax advantages offered especially for Labuan Offshore Company which are:

A summary of description of Labuan offshore Company business activities and its tax treatment is shown below:

Despite being an offshore Company, Labuan is still liable to comply with the rules and regulations enacted by the Central Bank of Malaysia (Bank Negara), the Labuan company formation authority, Malaysia’s immigration, and Inland Revenue Authority laws.

In lieu to adhering with the anti-money laundering (AML) and counter terrorism financing legislation, all licensed service providers such as Company Secretary and Auditors specifically for Labuan Companies are expected to enhance their Know-Your-Client (KYC) procedure before closing any business deals.

Requirements to incorporate a Labuan Offshore Company in Malaysia

The requirements to establish this type of business entity include:

You will also need to fulfil the following requirements upon incorporating the Labuan Offshore Company:

Those who wish to apply for work visa in Malaysia are mostly eligible for a two-year multiple entry visa. It also includes dependant pass (if needed). This visa will allow you to stay in Labuan or any part of West Malaysia.

With effect from 1 January 2019, a Labuan entity carrying on Labuan business activity must fulfil the substantial activity requirements as below:

The above was introduced in Requirements for Labuan Business Activity Regulations 2018 to comply with the substantial activities requirements of the Base Erosion and Profit Shifting (BEPS) minimum standards.

Once the name application is approved, it will be valid for the next three (3) months for the Company to complete its registration procedure.

The documents below are required to submit the incorporation application:

The fees involved are based on the table below:

Once all documents are ready for submission, the appointed certified local Company Secretary will proceed to submit the incorporation application and make the necessary payments via online.

Upon lodgement of complete documentation and payment fees as well as clearance from due diligence process conducted by Labuan Offshore Financial Services Authority (LOFSA), the incorporation can be approved within 1 to 3 working days.

NOTE: It may be quite straight forward for a Labuan Company to initiate an onshore bank account opening but things can be a tad complex and complicated if they wish to also open an offshore bank account.

The documents required to initiate the bank account opening are:

The tax regulation in Labuan may have come in handy for bank transactions especially for business related transactions. No withholding tax are applied on interest paid by Labuan Companies to residents and non-resident Companies and no withholding tax applied on interest payments made by Malaysian tax residents to entities registered in Labuan. The accounts are maintained under Labuan Financial Services and Securities Act.

However, the banking tariffs, conditions as well as services offered will greatly differ between the banks available in Labuan. For example, Labuan account holders are expected to be charged for transfers between accounts opened with the same banks.

Bankers are also allowed to set forth their own internal regulations that account holders are required to comply with. For example, the mandate used for opening a first Labuan corporate account are allowed to also apply other accounts after it is opened. Any changes of signatories must be duly notified by the bankers within a certain amount of time (normally within 30 days of change).

All Labuan offshore Companies with trading activities are required to audit their financial statement annually. All accounts must be finalised and approved by the Board of Director at least by the month of March every year in order for the appointed auditor to complete the audit procedure by May annually.

Example: Account year ended is 31.12.2020 and submitted to auditor by 31.01.2021. The auditor will require at least 2 months to finalise the audited financial statement. It should be ready to be lodged by 31.03.2021. As long as lodgement is done before 31 May annually, it will not be liable to a penalty.

The purpose of the audited financial statement is for the tax filing purpose to Labuan Inland Revenue Board. The corporate tax is 3% on international sales. However, those transactions occur locally will be taxed at 24% on net profit payable to local Inland Revenue Board under Income Tax Act 1967.

The deadline to submit the corporate tax filing is by 31 May annually.

A Labuan entity is subject to tax under Labuan Business Activity Tax Act 1990 (LBATA) in respect of its Labuan business activity.

The tax is chargeable only on net profit as reflected in the signed audited report in respect of Labuan trading activities such as management, licensing, etc.

Another input that is recently enacted by the Government in year 2020 is that all Labuan entity carrying on Labuan business activities but fail to comply with the substance requirement mentioned above will not be able to enjoy the 3% tax rate. They will be however, be charged at 24% upon its chargeable profit under Labuan tax legislation.

One of the main reasons why foreign investors are keen to incorporate a Labuan Offshore Company is due to the tax exemptions they can enjoy:

2. Stamp duty – Stamp duty is exempted from all instruments executed by Labuan entity in connection with its business

5. Withholding tax – The following payments made by Labuan entities to non-residents are exempted and not subject to withholding provisions:

While there are multiple advantages to setting up a Labuan offshore company, investors and business owners should also note the disadvantages.

1. Difficult for valuation, appraisal, and financing

Potential financial partners or investors will have a difficult time to do their own independent research and perform an estimated valuation before they conclude if the business is worth the investment or not. This is due to the lack of information about the Company, publicly.

2. Proving ownership of an Offshore Company

It is well known that offshore Company is not required to maintain Company registers publicly. This has come to a drawback in proving ownership of such Company to third party. Even though confidentiality and anonymity are proven benefits for such entities, however for the owner to declare themselves as the owner of such entity will be very difficult and time-consuming.

Even though the aim for foreign investors to venture into offshore Company is commonly due to the tax benefits it offers, it may directly or indirectly reflect and portray such business is trying to evade from tax obligations. As such, the concept and recognition of offshore Companies are not held with the highest regards.

Business owners are able to strike off their Labuan offshore Company any time after the incorporation was done. It will be done by the appointed Company Secretary electronically via CORAL system.

There are two (2) stages of to complete the strike off procedure:

The strike off notice is required to close the corporate tax file (File LE) with Inland Revenue Board. It is normally issued on the 8th or 10th month from the Labuan Company date of incorporation.

Board resolutions will be prepared and once signed, the Company is no longer allowed to continue business transactions, unless revoked. The Company may also proceed to close the bank account at this stage.

The Labuan FSA will be keeping the Company records for the next 3 years after striking off application is made before they erased them from the system.

The appointed Company Secretary and tax agent is only able to resign once the strike off notice and all corporate tax filing has been completed and successful.

It is very important for business owner to remember that even though the Company was deemed dormant before they apply the strike off application, they are still liable to submit the tax filing to the Inland Revenue Board. Once IRB has confirmed no tax payment pending from the Company, they will then proceed to strike off the Company accordingly.

KICKSTART YOUR MALAYSIA COMPANY INCORPORATION WITH US

Come down to our office or get in touch virtually for an incorporation assessment or for our corporate services today.

Yes, even though it is governed under different Acts but a Labuan offshore Company is one of the many business structures Malaysia offers.

What is Labuan trust Company?

A Labuan Trust Company refers to the Company that is registered under Labuan Companies Act 1990 and is licensed by the Labuan Financial Services and Securities Act 2010 (LFSSA) to act as Company Secretary on behalf of other Labuan incorporated Companies.

Is Labuan considered as tax haven?

Yes, in lieu of its favourable tax structures for non-residents, Labuan is deemed to be a tax haven.

What is a foreign Labuan Company?

A Labuan Company is basically a Company incorporated under the Labuan Companies Act 1990. Such business entity is allowed to carry out businesses in, from or through Labuan in order to enjoy its tax neutrality.

How to Setup a Company in Malaysia as a Foreigner? 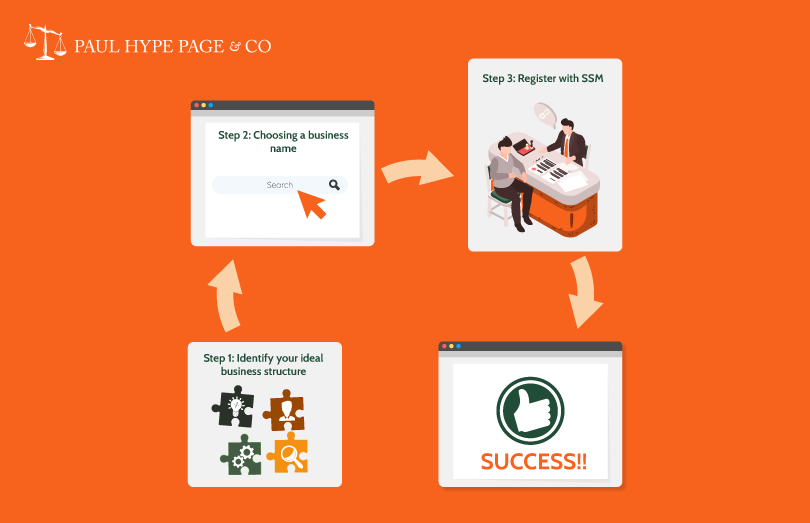 How to Register A Company in Malaysia: Step-by-step Guide

What are the 5 Types of Business Entity in Malaysia? 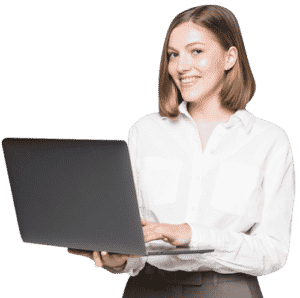